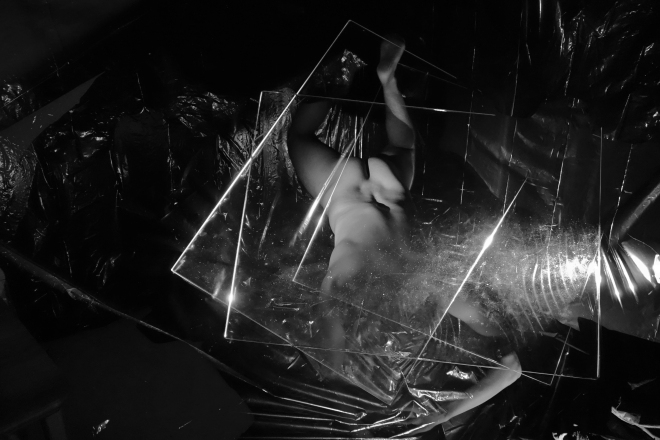 Jonathan Sauceda, a photographer and graphic designer in Miami,FL, explores themes of mythology, history, nature and the subconscious through whimsical yet eerie, black and white photographs.

Sauceda is interested in “the relationship between subject and its photographic depiction and the different levels of reality that arise from the arrangement of image, documentation, and reproduction.” He is influenced by the constructivist works by Moholy-Nagy and light study paintings of Giacomo Balla, as they both embody distortion of space in a strange but beautiful way.

The fantasy of his compositions roots from his early signs of poor vision.

What I had thought was real to my eye was actually skewed by my poor vision. My mind was filling in the rest of which my eyes couldn’t correctly see. I discovered that my vision was impaired in a way that provoked photography as an impressionist art.

Check out more of Jonathan Sauceda’s work on his site, here.

Florida arts funding to Bay area artists is like giving a dime as a tip to a Denny’s server: it serves more as an insult than actual compensation.  I knew Florida arts funding was bad (and thus my constant complaining), but the statistics nearly made me puke.  How well the Bay area art scene does with the virtual absence of support from state funding is a testament to how awesome the local scene is.    However, to pull ourselves out of this funding hole it may be helpful to get an idea of how deep it is. 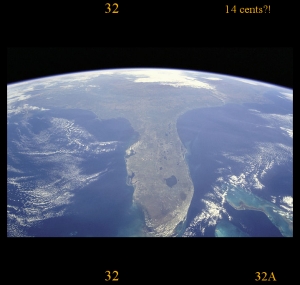 A good benchmark is how much each state spends on the arts per person.  The state that tops the list is Minnesota at $5.80 per person (Washington D.C., because it’s not actually a state, really tops the list at $11.80 per person).  Florida comes in at $.14 per person.  That’s right: one dime and four pennies.  That puts Florida on the bottom of the list at second to last.   To get an idea of how little that is consider this: your Minnesotan cousin gets nearly fifty times more money for the arts than you do!  50 times more!

The good thing about being in a pit, however, is that the only way to go is up.  That is, unless the State thinks the best plan of action is to keep digging.  The state of Florida managed to come in second on a list in this regard – largest arts budget cuts.  In 2010 the state saw it fit to make the small art budget even smaller, cutting it by 65% or $2.5 million.

I’m not going to bother spending time on the enigma of the reason why politicians hate art.  The only thing I can think of is that phrases like “cultural enrichment” and “stronger tight-knit communities” come off as hippy-babble to politicians.   That fact is, besides its hippy-perks, arts and culture is one of the best financial investments the state can make.

The fact that the state of Florida would treat the arts as trivial even though they generated $26.9 billion dollars in taxes nationwide in a single year (2005) is perplexing.  Additionally, that same year the arts let people bring home $104.2 billion dollars in income.

I hate going down the road of why art is great economically (art and capitalism just don’t mix) but now since we’ve started…both the audience and the artist have a large financial impact on their community.  Consider the artist.  The artist performs a job that can’t be outsourced.  Money made by the artist is in turn spent locally rather than funneled to out-of-state banks.

Consider the audience.  The average arts and culture attendee spends on average $27.72 above the cost of admission (i.e. dinner, lodging, gifts, etc.).  Simply put, spending money on the arts encourages people to spend more money elsewhere.    However, non-local attendees on average spend over $40 above the cost of admission.  That’s important for places that are already established tourist destinations…like Florida.  And not to be overlooked is the fact that arts tourists are more awesome than regular tourists.  Arts tourists on average spend about 27% more than regular tourists and stay two nights longer.  Studies have shown that in 2009 people spent $26 million in the city of St. Petersburg alone, with little help from the city itself.

Don’t let the state of Florida’s fiscal abandonment of the arts con you into thinking that arts and culture are a financial dead-end.  Art is not only a cultural necessity but also vital for any stable economy.  The funding of the Bay area art scene is directly tied to the welfare of the Bay area as a whole.  I know five bucks is a lot to ask, but 14 cents?!

Check out these links (a couple of the sources I used):

A Dime and Four pennies – Thanks, Tallahassee!
Loading Comments...